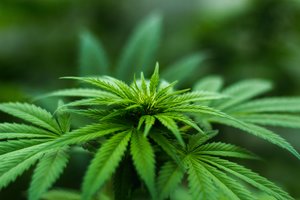 The burgeoning marijuana industry is witnessing incredible growth as the previously forbidden fruit becomes legal in an increasing number of states.  While the public is quick to adopt its legalization, other sectors are slow to adapt and the USPTO is no exception.
Early internet patents predicting various ways in which the internet would be used are now viewed as overly broad and the USPTO has swung the pendulum in the opposite direction (hello Section 101 rejections). Marijuana patents appear to be in a similar phase; it’s hard to say what is overly broad for a new product.  However, unlike the internet, marijuana has been known and tested, with many experiments occurring in the last century.  This presents an interesting issue - companies may patent previously known compositions, strands, and the like with little consequence, for now, as documentation of marijuana experimentation was minimal and possibly incriminating.
One example of such a case is going through the courts.  United Cannabis Corp is accusing Pure Hemp Collective Inc. of infringing a patent covering a liquid formulation with a high concentration of CBD.  People in the industry believe that the United Cannabis Corp patent, if maintained, could apply to most of the CBD products on the market, despite the fact that highly concentrated CBD formulations have been known before this millennium.
The marijuana industry is expected to reach about $75 billion by 2030, and patents will play a large part in who the big players in the industry will be, meaning that patents may dictate who gets to compete for those billions.  It will be fascinating to see how the patent side of a laid-back, laissez-faire culture shapes.  Will there be enough documentation from decades of marijuana research to limit new marijuana patents?  With so much money at stake, it is safe to say patenting early and often should be high on the priority list for all marijuana companies.
Food and Beverage Science