Showing posts from September, 2017
Show all

Can you Trademark a Functional Product Configuration? Part I 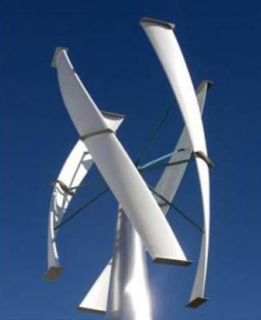 In re Change Wind Corp Change Wind Corp.'s CWC 36kW Wind Turbine In a precedential Board opinion ( here ), the USPTO has refused registration of a wind turbine product configuration application by Change Wind Corporation. Change Wind promotes “revolutionary” new wind turbine design that purportedly generates up to 400% more power than competitive designs at a fraction of the cost.  As part of their Intellectual Property strategy, Change Wind sought protection for the design as a product configuration trademark, asserting that the mark consisted of a “three-dimensional configuration of a wind powered turbine for generating electricity featuring four vertically extending turbine wings that are obliquely curved in a twisting manner and spaced from and relative to a vertically extending cylindrical base that tapers at its upper end into [sic] truncated cone with the turbine wings extending from a [sic] elevation beneath that of the truncation of the truncated cone to an elevatio
Read more

September 06, 2017
Over the past few years, China has quickly grown to be an intellectual property powerhouse.  In 2016 alone, more than 1.3 million patent applications were filed in China, double the number of patents filed in the U.S. The examination of Chinese invention patent applications follows similar rules as the U.S. examination process.  For example, the invention patent application is examined based on its novelty (similar to U.S.C 102) and inventiveness (similar to U.S.C. 103).  However, there are noticeable differences from the U.S. patent examination.  For example, the requirement for patent eligible subject matter is much looser. The other noticeable difference between patent examination in China from the U.S. is that the Chinese Examiners frequently reject missing features in a claim based on common knowledge, often without providing sufficient explanation or support. In fact, the Chinese Patent Examination Guidelines require that the Examiner’s rejection based on common knowledge shou
Read more
More posts