The Early Filer Gets the Poke 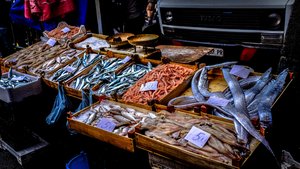 As poke restaurants grow in popularity across the United States, trademark conflicts have been rising to the surface. For example, “Aloha Poke Holdings LLC” out of Chicago, IL, known as “Aloha Poke Co” has already been granted a trademark on the words “Aloha Poke”.

The Chicago-based poke company has wasted no time in defending their mark against competitors using “Aloha” or “Aloha Poke” in their name or marketing. At least one Washington-based company has already opted to change their name in response to a cease and desist letter from “Aloha Poke Holdings LLC”. Considering the close tie between the words “aloha” and “poke”, there are likely to be many other poke restaurants that will fall under fire.
However, although “Aloha Poke Co” has been winning battles in defending their trademark, there has already been some negative PR over their aggressive protection for use of the word “aloha”.
It goes to show that although the early filer gets the worm (or poke, in this case), it is still important to think through enforcement strategy.
aloha early filing Food and Beverage General Knowledge poke trademark