Simple May Still Be Patentable 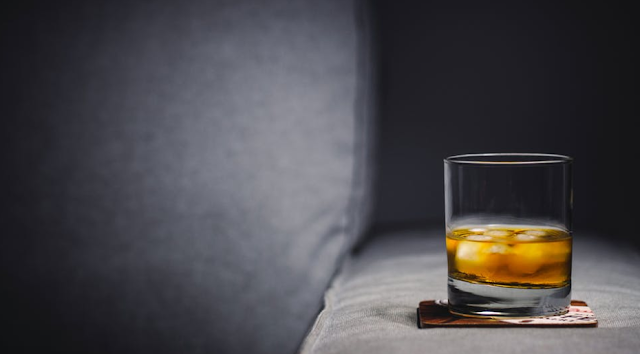 The best solutions to a problem are often the simplest, and these simple solutions may be patentable. For example, U.S. Patent 8,889,206 was granted just a few years ago for re-using wooden staves from used barrels to age whiskey. 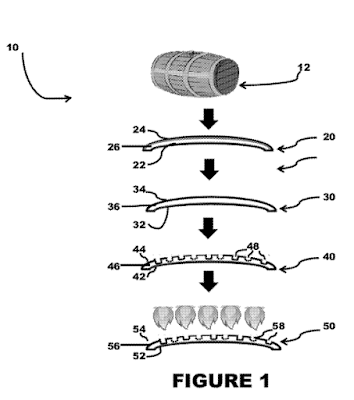 Specifically, the patent describes making a wood insert from a dismantled stave of a barrel that was previously used, conditioning an exterior surface of the dismantled stave, and profiling the conditioned stave to increase its aging surface area, where the profiling exposes portions of the stave that were not previously in contact with a product aged in the previously used barrel. The profiled stave may then be heat treated (e.g., toasted and/or charred) to create a wood insert for use during the aging of an alcoholic beverage, such as a non-bourbon whiskey.
The bourbon industry creates a large waste stream of oak barrels, as only new charred oak barrels may be used to meet the legal requirements for a whiskey to be bourbon. These used oak barrels from bourbon production are often sold in-tact for subsequent use in the tabasco industry, the wine industry, or for other whiskey production that does not require new barrels. There are sometimes challenges re-using bourbon barrels though, as these used barrels may no longer be liquid tight after use. Further, these used barrels may not impart as much flavor as when they were originally charred for use.
However, the inventor recognized that rather than keeping these used bourbon barrels in-tact, or any used barrel for that matter, that dismantling the used barrels into staves and performing a few processing steps may make them better suited for aging purposes. For example, these staves may be placed in barrels or other aging tanks for aging non-bourbon whiskies. Prosecution of the application involved appealing the case; however, the resulting patent was in alignment with the main idea of the application, with the differentiating features of the claims being that certain surfaces of the staves that are processed were previously in contact with an aged bourbon, since the prior art did not disclose or suggest processing steps specific to re-using barrel staves.
As shown by this case, just because a solution may seem simple, does not mean it is not patentable. Moreover, if applying for a patent that involves preparing a product for re-use, a detailed description of how the product was originally used and how the processing steps prepare the product for re-use may be helpful during prosecution.