Bosch gets another chance to save its tire pressure monitoring patent 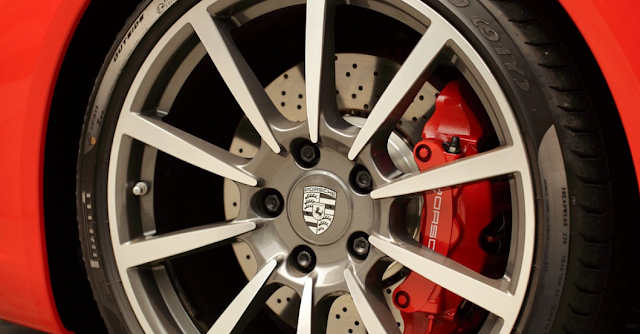 Tire pressure sensors are amazing little devices.  For decades drivers were required to periodically check their tire pressure in each tire to ensure proper inflation. If the tires were not properly inflated, vehicle driving dynamics could be degraded, as well as fuel economy. With the advent of vehicle stability controls, tire pressure became even more important. Now, with tire monitoring sensors, the vehicle's control system can sense the individual tire pressure sensors in real-time to maintain improve vehicle stability and notify the operator of each tire's status.
Bosch is the owner of US 6,904,796, a patent on a Remote Tire Monitoring System (RTMS) that relates to a handheld tool for activating RTMS tire sensors and communicating with a vehicle’s RTMS receiving unit. The patent was quite valuable, as Bosch had licensed the patent to numerous other automotive suppliers. However, one company decided to challenge the patent at the Patent Office through a procedure known as Inter Partes Review (IPR). Some refer to the patent office Board members who decide such challenges as the "Patent Death Squad."
Here, on appeal to the Federal Circuit (who reviews the Patent Office Board decisions) confirmed that Bosch's patent was invalid. However, the Federal Circuit determined that the Patent Office erred in not allowing Bosch to amend their patent claims to avoid the new prior art cited by the challenger.
Specifically, Bosch's patent covered the concept of a single "universal" tool that could activate a plurality of tire sensors, each of the plurality of tire sensors utilizing a different method for activating the said tire sensor. Bosch had tried to amend the claims of the patent to also specify that the tool could record the most recent method for activating signal that was utilized to successfully activate a tire sensor. Such a feature was missing from the prior art and arguably was advantageous in enabling the tool to remember the most recent method that was successful. Obviously this would be very useful for vehicles with four wheels so that once the first sensor was successfully activated, the remaining three could be done with the same method without having to test each wheel with all possibilities.
Bosch will now have a chance to save its patent back before the Board.
Auto