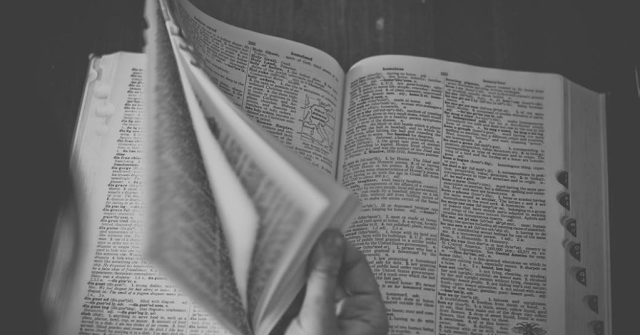 You keep using that word, does it mean what you think it means?

Words in patent claims are given their plain and ordinary meaning, except when they are not.  Patent claim terms are interpreted in view of the specification (written description of the invention), as would have been understood by one of skill in the art, and based on any definitions of the words in the specification.  At least, that is how they are supposed to be interpreted during prosecution before the U.S. Patent and Trademark Office.  In litigation, words in patent claims are interpreted based on all of the above and any arguments made during prosecution before the U.S. Patent and Trademark Office, testimony, expert opinions, and other unwritten sources.  While testimony and expert opinions cannot contradict the evidence put forward during prosecution, the combination of all of these sources still leaves a lot of room for interpretation.

How many words to you know that have only one meaning? Whether it is the actual meaning or the connotation, language evolves.  Definitions change, particularly in rapidly developing fields where specific terms may be fluid.  Even in established fields, your understanding of how someone in your technology area would interpret a word and the definition the court adopts could be very different than your intended use.  New technologies can also impact the way words are interpreted as old words are adopted to cover new concepts.  The meanings of backlog, broadcast, matrix, cloud and ping have all become significantly different since the advent of the internet.

In In Re: Smith International, Inc., No. 16-2303 (Fed. Cir. 2017), Smith International, Inc. (Smith) appealed a decision from the U.S. Patent and Trademark Office, Patent Trial and Appeal Board (PTAB) on the interpretation of the word “body” in the context of Smith’s U.S. Patent No. 6,732,817 for a downhole drilling tool for oil and gas operations. “Body” would appear to be a relatively straightforward claim term, but the argument between Smith and the U.S. Patent and Trademark Office came down to the broadest possible interpretation vs. the broadest reasonable interpretation of the word “body”. The PTAB held that the term was generic and therefore could encompass components that were taught in the prior art.  Smith argued that “body,” if interpreted in view of the specification, provided specificity as to the physical characteristics of a “body” and that the Examiner was interpreting the term too broadly.  While the court sided with Smith, holding that the Board’s construction of “body” was unreasonably broad and stating that “the Board cannot construe the claims ‘so broadly that its constructions are unreasonable under general claim construction principles’” (Smith, Slip op. at page 13, citing Microsoft Corp. v. Proxyconn, Inc., 789 F.3d 1292, 1298 (Fed. Cir. 2015)), Smith’s victory nonetheless required an expensive appeal to PTAB and litigation in the Federal Circuit in order to obtain their victory.

Prosecution before the U.S. Patent and Trademark Office and patent litigation can and does turn on the interpretation of a word or phrase. Often the simplest words are the ones that cause the most arguments, and the fact that the U.S. Patent and Trademark Office does not interpret claims in the same manner as the courts does not simplify matters for patent holders.  When drafting a patent application there is a balance to be struck between being too limiting and too broad, but if a term is critical to your invention, make sure your meaning is clear.  It may just be semantics, but in litigation it can change the verdict.  Whether you are in the cloud or the sandbox, you need to make sure everyone else knows where you are, too.